A MAY DAY PRINCESS

Philip Carey started out to make himself a desk.

He had been planning it for a long time.

Then suddenly he changed his plans, and he and his chum, David, did a thing that made them very happy

because they made someone else happy.

At last Philip Carey had found the box he needed.

He delivered groceries all one Saturday afternoon to pay for it.

Now the box was safely deposited in his back yard, and he and David, his chum, were admiring it. 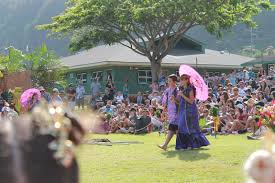 “These four strong pieces and the corners will make the legs,” Philip said,

“and the three sides will furnish enough boards for the rest.”

All through the winter as Philip had worked in his manual-training class at school, he had thought of making a desk for his own room.

He called up to his little sister, sitting by her window: “Hello, Margot. Isn’t this a dandy box?”

Margot turned her curly head and smiled down at him;

then her eyes strayed to the next yard, where Edgar Stone was painting his sister’s doll buggy.

“I’m putting on two coats of flat paint and one of enamel,” Edgar had told the boys.

“My sister wants to be in the flower parade on May Day.

She and Mother are making paper flowers for decorating the buggy.”

Philip and David had scarcely heard this explanation when it was offered, but they thought of it as they noticed the wistful look in Margot’s eyes.

“I know Margot would like to be in the parade. But of course she can’t, poor kid.”