Hello, this is Daniel Iovanescu with the BBC news. As coronavirus cases continue to rise sharply in the United States, the handling of the pandemic has remained a central issue in the electoral campaign 11 days before the country goes to the polls. Reports say there have been more than 80000 new cases, the highest daily figure since the pandemic began. President Trump told a rally in Florida that the pandemic would end soon. And he accused his Democratic rival Joe Biden of overstating the health crisis to scare Americans into voting for him. In a speech in Delaware, Mr. Biden said the president had no plan to combat the virus. He also outlined his own proposals. I'll go to every governor and urge them to mandate mask wearing in their state. If they refuse, I'll go to the mayors and county executives and get local masking requirements in place, nationwide. I'll put a national testing plan in place with the goal of testing as many people each day as we're currently testing each week.

The President of Poland Andrzej Duda has tested positive for the coronavirus. He said to be doing fine and consulting the medical authorities. News of his infection comes as Poland wrestles with a record spike in cases. It has adopted a nationwide lockdown, which requires the partial closure of primary schools and restaurants. The government says the measures designed to keep the economy functioning more freely than during the lockdown earlier this year. 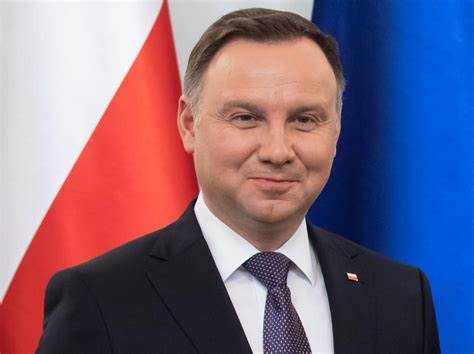 The French President Emmanuel Macron says his country will be fighting coronavirus until next year, as cases there surged passed a million. When I listen to the scientists and they don't disagree on this. It's clear that in the best possible case we are looking at is next Summer. So the question is how to live with a virus until then. 2/3 of France is now under overnight curfew measures affecting 46 million people. Nearly half of the country's intensive care beds are now taken by COVID patients. Daily infections in Europe have more than doubled in the past 10 days.

The state news agency in Argentina has reported that the former Bolivian President Evo Morales has left the country bound for Venezuela. Mr. Morales left Bolivia in December during unrest over last year's disputed election. Louis Folhado has the details about his flight. According to Telam this is supposed to be a short visit. He's supposed to be back in Argentina by the weekend. And people are speculating that he would have a high profile meeting with Venezuelan President Nicolas Maduro, one of the closest allies to Evo Morales, at least before Evo Morales was forced to leave office in nearly a year ago. So again, a lot of speculation if this is going to be a big political gesture before what many are expecting his return to Bolivia to try to claim his position of influence in the new government. You're listening to the world news from the BBC.