"I think we're ready. Oh, I hope we're ready." "I just hear people's comments that that will be the day when we have a black man running our country." "I'm not sure. I'm really not sure." Candidate Obama gave a speech about race in America. "I am the son of a black man from Kenya and a white woman from Kansas. I was raised with the help of a white grandfather who survived a Depression to serve in Patton's Army during World War II and a white grandmother who worked on a bomber assembly line at Fort Leavenworth while he was overseas. "I've gone to some of the best schools in America and lived in one of the world's poorest nations. I am married to a black American who carries within her the blood of slaves and slave owners - an inheritance we pass on to our two precious daughters.

"I have brothers, sisters, nieces, nephews, uncles and cousins, of every race and every hue, scattered across three continents, and for as long as I live, I will never forget that in no other country on Earth is my story even possible. "It's a story that hasn't made me the most conventional of candidates. But it is a story that has seared into my genetic makeup the idea that this nation is more than the sum of its parts - that out of many, we are truly one." Many political experts predicted that Barack Obama would lose the nomination. For one thing, he was still new to many Americans while almost everyone knew who Hillary Clinton was. Also, she had many wealthy supporters donating to her campaign. But political scientist Larry Sabato at the University of Virginia said those experts did not understand the country's mood. "They underestimated the power not just of Barack Obama, but also the yearning for change and the antipathy toward dynasty -- the idea that the Bushes and Clintons would essentially control the presidency from 1988 to potentially 2016."

"Hope" and "Change" became the messages of the Obama campaign. Barack Obama won enough delegates to secure his party's nomination, which he accepted in August, shortly after his forty-seventh birthday. His choice for vice president was Joe Biden, a longtime senator from Delaware. But Mr. Obama's nomination was not the biggest news story for long. The next day, John McCain had a big announcement of his own. His running mate would be Sarah Palin. The Democrats had once nominated a woman for vice president, Geraldine Ferraro, but never the Republicans. Neither party had ever nominated a woman for president. Sarah Palin was the forty-four-year-old governor of Alaska. Few Americans had ever heard of her until she spoke at the Republican nominating convention. She referred to herself as a "hockey mom." "I love those hockey moms. You know, they say the difference between a hockey mom and a pit bull. Lipstick." Some women said they admired her ability to balance work and family as the mother of five children. "I feel like she really speaks for me and represents me." 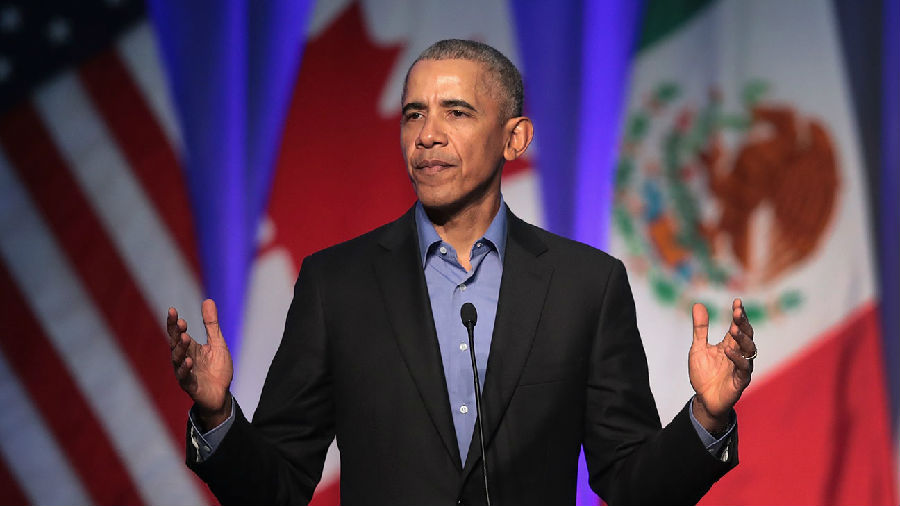 During the campaign, Barack Obama raised a record amount of money for a candidate -- about seven hundred forty-five million dollars. He became the first candidate to reject the modern system of public financing of presidential elections. Instead, he accepted smaller contributions from hundreds of thousands of supporters. His campaign made extensive use of the Internet to collect donations, connect with voters and organize volunteers. John McCain did not have as much money to spend. Something else also set him apart from the Democratic nominee. John McCain supported the wars in Iraq and Afghanistan. Barack Obama said he would bring the troops home from Iraq within two years of becoming president. But the top issue in the campaign was the economy. Again, Larry Sabato at the University of Virginia: "The fundamental issue in most presidential elections is the economy. It really is the economy, stupid — the old slogan from the 1992 Clinton campaign. When an administration has a positive, strong economy, they're tough to beat -- even if it's a non-incumbent running. But when the economy turns sour, they're halfway out the door." Barack Obama and John McCain agreed on at least one thing in dealing with the economy. They both supported President Bush's call for the government to bail out the financial industry. Many Americans disliked the idea of helping banks that had acted irresponsibly. But Congress agreed to let the government buy bad loans from banks and temporarily became part-owner of some rescued companies.

Supporters argued that the bailouts were needed to save the economy from collapse. In November of two thousand eight, Americans elected Barack Hussein Obama as their forty-fourth president. He received fifty-three percent of the popular vote. He won some states that had not chosen a Democrat in many years. A little more than sixty percent of voting-age Americans cast their ballots, the highest percentage since nineteen sixty-four. Support for Mr. Obama was especially strong among young people and African-Americans. Many voters were emotional on election night. "I'm speechless. I'm trying not to cry right now. I'm thinking of my great-grandfather, my grandmother. Man, this is amazing." "Because of what we did on this day, in this election, at this defining moment, change has come to America." But the election of two thousand eight was not the end of America's economic problems. What became known as the Great Recession would officially end in June of two thousand nine, six months into the new president's term. But its lasting effects would continue to be felt all the way into the twenty-twelve election season.