Hong Kong has completed the mass COVID-19 screening program that it launched two weeks ago.
Around 1.8 million people have participated in it.
The program aimed to identify asymptomatic patients and cut invisible transmission chains as Hong Kong is facing a third round of outbreak that started from early July.
U.S. Ambassador to China Terry Branstad will retire from his position and depart from Beijing early next month.
An official statement says the 73-year-old diplomat confirmed his decision to U.S. President Donald Trump by phone last week.
Branstad has been the U.S. ambassador in China since 2017.
U.S. Secretary of State Mike Pompeo thanked Branstad for his service on Twitter.
Chinese Foreign Ministry spokesperson Wang Wenbin said they are aware of the tweets but have not yet received notification that Branstad is stepping down.
The Chinese Center for Disease Control and Prevention is advising health professionals and vulnerable individuals at venues where people gather to take flu vaccines.
They are among the key populations that the CDC says should be the first to take the shots.
Chief epidemiologist Wu Zunyou says a hike in the number of flu patients is expected in autumn and winter.
He says early vaccination is an effective solution if the flu situation overlaps with China's COVID-19 control efforts.
Officials in southern Germany are considering imposing fines against an American woman linked to a cluster of coronavirus cases in the Alpine resort town of Garmisch-Partenkirchen.
The name of the 26-year-old has not been released.
German media says that the woman visited several local bars in the town last week despite having symptoms and being told to quarantine while waiting for her COVID-19 test results.
Authorities have called on young people who have partaken in the nightlife in the town over the past couple of weeks to get tested.
More than 700 people have appeared for tests so far.
Former Italian Prime Minister Silvio Berlusconi has been released from hospital after a 10-day stay with COVID-19.
The 83-year-old says doctors told him he had the highest levels of virus they had seen in the tens of thousands of samples they had taken over the past six months.
Berlusconi urged Italians to take the virus seriously and adhere to mask mandates, social distancing norms, and frequent hand washing.
A Rwandan court has charged the person made famous by Oscar-nominated film "Hotel Rwanda" with 13 charges including terrorism, complicity in murder, and forming an armed rebel group.
The prosecution in the hearing has alleged that Paul Rusesabagina (roo-sess-uh-buh-gee-nuh) was behind crimes against unarmed, innocent Rwandan civilians in 2018.
Rusesabagina has apparently admitted to committing some of the crimes but will respond to the charges when trial opens.
"Hotel Rwanda" portrayed Rusesabagina as a humanitarian who was credited with saving over 1,000 ethnic Tutsis during the 1994 Rwandan Genocide that claimed over 1 million lives.
However, survivors and experts have disputed the movie version of the story.
Astronomers have found a potential signal of life in the atmosphere of Venus.
Two telescopes in Hawaii and Chile spotted the chemical signature of phosphine, a noxious gas that is associated with life on Earth.
Phosphine can only be formed on Earth in an industrial process created by people, or as part of some poorly understood functions in animals and microbes.
Study authors concluded that there are two remote possibilities, involving either unknown chemistry or some kind of life-form in the Venus atmosphere. 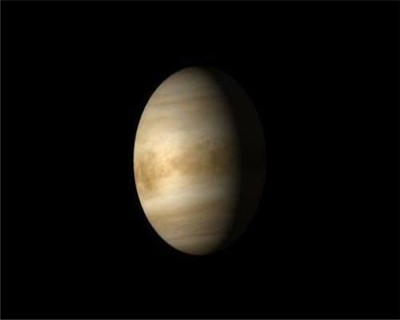 This year's Macy's Thanksgiving Day Parade will be held virtually.
Viewers will not be able to attend the event in-person.
New Yorkers and others across the United States will be able to watch it online and on TV.
Macy's officials say that the parade will still feature floats, performers and giant balloons on parade.