This is Scientific American's 60-second Science, I'm Susanne Bard.
Would you drink water that had once been flushed down a toilet? After it's been cleaned, that is. The climate is warming, and the population of drought-prone states like California continues to grow. So recycling wastewater into drinking water may become a necessity. But:
"People are gr﻿ossed out by recycled water, because it as was once wastewater—you know, the stuff that goes down your kitchen drains, your showers, your toilets. And even though it's cleaned up to a standard that is identical, if not better, than commercially bottled water, the key barrier to recycled water acceptance is people's disgust regarding it."
University of California, Riverside, psychologist Daniel Harmon. In a recent set of experiments, Harmon and his colleague Mary Gauvain learned just how difficult it can be for people to get over their disgust at the thought of drinking recycled water.
"Our study was aimed at investigating whether the media messages that we see—you know, commercials or brief Internet videos; these pro-environmental messages—whether they actually work. Whether they can get people to accept recycled water and consume recycled water." 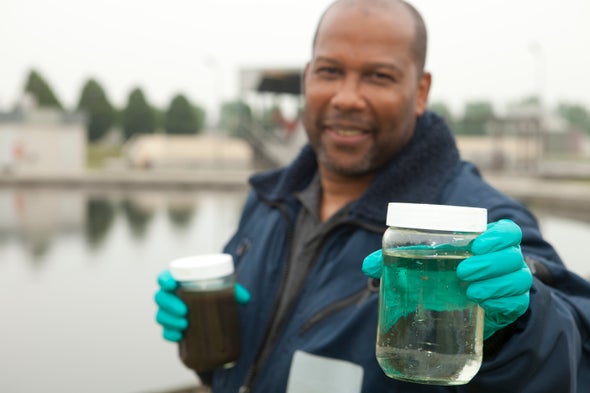 In one experiment, the researchers had some participants watch a short video promoting water conservation. And in another experiment, they added a video explaining why recycled water might trigger disgust, even though all contaminants have been removed. And neither video had a strong effect on people's willingness to drink recycled water or to sign a petition supporting the practice.
"The messages did sort of make people more positively predisposed to recycled water, but it was not enough to get them to actually use recycled water more. It didn't actually translate to behaviors."
In fact, viewing the video that directly addressed recycled water's "ick" factor was no more persuasive than the water conservation video alone. Perhaps because dispassionate reason and logic only go so far.
"Disgust is such a powerful core reaction. It's such a powerful emotion that simply giving more information is not going to really be effective because disgust is not really a rational response."
The study appears in the journal Basic and Applied Social Psychology.
Harmon says it's probably going to take a lot more than just brief Internet messaging to get people to embrace recycled water. For example, it might help to see members of their community drinking water that's gone, as it's called, from "toilet to tap," with no ill effects.
"We think that these kind of more direct campaigns for acceptance are necessary to get people to get over that hump—to take that first sip, so to speak."
Cheers!
Thanks for listening for Scientific American's 60-second Science. I'm Susanne Bard.