And to start things off on CNN 10, we're heading out West where large wildfires have been reported in 12 states.
From Alaska to California, to New Mexico to Montana and every state in between, more than 4.5 million acres have burned according to the National Interagency Fire Center. It says that more than 30,000 firefighters and supporting workers have been deployed to the West to fight the blazes, at least 33 people have died in the region and officials say dozens more are missing. California seems to be the hardest hit state at this point. 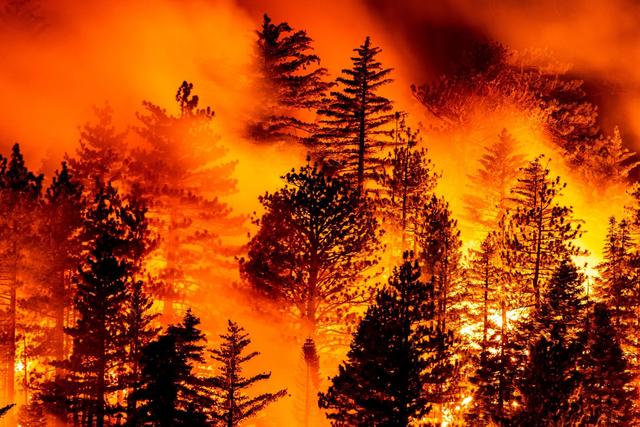 It's the site of 24 wildfires. But 12 or more have been reported in each state of Idaho, Oregon and Washington. These satellite images show you how the cities of Talent and Phoenix, Oregon have been devastated. Long-time viewer Michael Torgeson tells us that thousands have been evacuated in southern Oregon. Half a million people statewide have been told they may have to evacuate.
Like California, Oregon is no stranger to wildfires. The state's governor says they typically destroy half a million acres each year. But she adds that more than a million acres were lost in this past week alone.
And neighboring Washington is struggling with its second-worst wildfires in state history according to its governor. Miles away from the fires themselves, there are problems in the air. Major League Baseball and the National Football League were monitoring air quality yesterday in advance of games played out West. Clean air centers have been opened in parts of California to give relief to people who have nowhere else to go. The problem can be seen as well as felt.