San Francisco is proud of its bread.

Distinctly sour with a golden crust.

Legend has it that miners ran off to look for gold forgetting all about the half-baked bread dough they'd started.

Later, they discovered it tasted very different from other batches sour.

They didn't know it, but bacteria would become the flavor of the town.

Sourdough bread is made from a special sourdough starter at Boudin

the same starter or mother dough has been used every day since 1849.

Willy Joseph has been a baker at Boudin for 33 years.

They put flour and water and we mix for 10 minutes.

It's normal with Laur and water and the mother dough is refreshed every day.

From a piece of dough, you duplicate it for tomorrow.

And that's makes the bread sour. 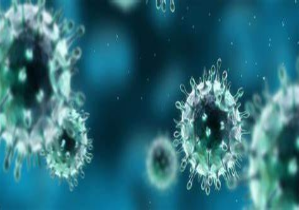 If you don't have the mother though, you don't get no sour.

No one knew what exactly gave sourdough bread its flavor

until 1970 when researchers from the United States Department of Agriculture uncovered the secret of the sour.

A unique strain of lactobacilli bacteria.

They named it as you might expect lactobacillus san francisco.

For so many years, people produced this product really not understanding what was going on.

Now scientifically we understand what is actually happening to produce that local bread.

The art is now melded with the science.

The steam out of the oven comes in and all that flavor all that smell, you know, people get all, so good.

It's everything mother dough, San Francisco, the fog the bacteria the climb.

If you'd like a glass of milk or slice of cheese with your bread, call on bacteria.

If this is a machine for turning grass into milk, it's gears are bacteria.